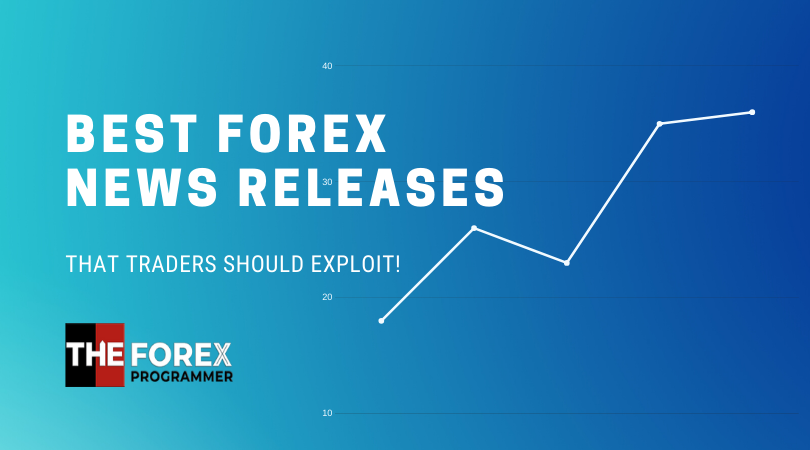 Which are the best Forex news events to trade?

A lot of traders know what their strategy is based on either Fundamental analysis or Technical analysis.

These Forex events, if exploited will add to your profit and trading capital.

Job creation is an important leading indicator of any consumer spending, and this accounts for a majority of overall economic activity.

This report is compiled by the bureau of labor statics BLS a division of the united states labor department.

This report comes along with another event called unemployment rate to either support or deny Non-farm payroll.

Non-farm Payroll is released monthly usually first Friday of the month around 1:30 PM and sometimes 2:30 PM.

Trader cares about this news release because job creation is also an important leading indicator in Australia. It measure the change in the number of employed people during the previous month.

It is compiled by Australia Bureau of Statistics and always released monthly abut 10 days after the month ends.

It is very vital data because it makes an hefty market impact. Time of announcement is usually 1:30 AM. It also comes with unemployment rate to either support or deny the release.

New Zealand always compile this report. When it comes  to the frequency of this report, it is released quarterly about 35 days after the quarter ends to create a very big movement.

An unexpected reading or release will definitely cause big movement on New Zealand Currency. Unemployment rate is usually released with it.

Although traders look at it as a lagging indicator but the number of unemployed people is an important signal of overall economic health because consumer spending is highly correlated with labor.

Related: What are the most important trading hours?

This is released monthly about 8 days after the month ends.

The reason why traders don’t usually put their effort into trading this event is because of its frequency. The frequency is the same as the Non-Farm Payroll, both the time and the month released.

Only if a trader wish to trade CAD and any other currency apart from USD, it is important to note that Non-Farm payroll affects all pairs having USD as their base or counter currency.

Statistics Canada also release unemployment rate to either support or deny the release.

Reserve Bank of Australia is the source of cash rate release, which can also be called Interest Rate. It is released  along with RBA rate statement having the same source.

Traders care about this release because it is among the primary tools the RBA reserve bank board uses to communicate with investors about monetary policy.

The most important element of this release is that it discusses the economic outlook and offers clues on the outcome of future decisions.

It is released every first Tuesday of the month, excluding January, around 4:30 AM.

Australian Bureau of statistics is doing a great job compiling the actual result  of this news release quarterly. It measures the change in the inflation adjusted value of all good s and services produced by the economy.

It is released around 1:30 AM quarterly.

This Forex news event measures the change in the total value of sales at the retail level. Retail sales is released monthly about 35 days after the month ends at 1:30 Am.

Compilation of this data comes from the same source as Australian employment change and GDP.

Traders cares about it, because its primary gauge of consumer spending which accounts for the majority of overall economic activity.

Also on the list of best Forex news events is the Retail Sales. This is released quarterly about 45 days after the quarter ends. The truth about this release is that it is late compared to other retail data release of other countries.

Still, it is the primary gauge of consumer spending and tends to create hefty market impacts.

GDP measures the change in the inflation adjusted value of all goods and services produced by the economy. It is released quarterly around 10:45 PM.

Traders care so much about the GDP news release because it measures the economic activity and it is a primary gauge of economic health.

Also Read: What exactly is price movement in Forex trading?

This is released monthly by statistics Canada. It is the gross domestic product and the widest measure of economic activity and also the primary gauge of the economy’s health.

It comes out 2:30 PM. Although this release also comes quarterly, it is the summation of the monthly data that comes out quarterly which makes it a unique fresh GDP data.

Reserve Bank of New Zealand is another Forex news event. The source of this release scheduled 8 times per year around 9:00 pm.

The RBNZ governor decides where to set the rate after consulting senior bank staff and external advisers.

RBNZ Rate Statement is among the primary tools the RBNZ uses to communicate with investors about monetary policy. It discusses the economic outlook and offers clues on the outcome of future decision.

CPI comes out late when compared to the time of release of other countries. It is released quarterly which makes it interesting for traders to wait patiently for it. It is released 11:45 PM.

Since consumer prices amount to a majority of overall inflation, traders really care about this release. It is also called [Consumer Price Index].

Consumer Price Index of Australian measure the change in the price of goods and services purchased by consumers. It is released 2:30 Am, quarterly. This event too is slow when compared to the released time, so trader must be very careful while trading this event.

The source of this release is the office of the National Statistics which is released quarterly around 9:30 Am. Although GDP of this currency is different from another GDP called Second estimate and Final GDP.

The source of this release is the market. It is the leading indicator of economics health which makes business react quickly to market condition.

It is released monthly at 9:30 Am. This release the level of a diffusion index based on surveyed purchasing managers in the manufacturing industry,

Retails sales of New Zealand is extremely slow compared to the timing of other countries. It is released quarterly at 11:45 PM. It also measures the change in the total value of inflation adjusted sales of the retail level.

Source is Australian bureau of statistics. Released monthly around 2:30 Am. Since export demand and currency demand are directly linked as foreigners must buy the nations export, traders really care about this event.

Trading fundamental Forex news event is really profitable, just make sure you are careful with brokers. Still, the question is – Can you profit from news release trading manually?  This will be answered soon.